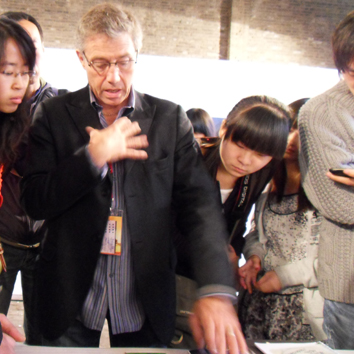 Selected by the PIP, Pingyao International Photography Festival, Dominique Charlet is the curator of the French pavillon, in 2009, 2010 and 2012. His meeting with the various Chinese federations of photography, brings him to create the festival IMAGES of CHINA allowing to discover the incredible wealth and the diversity of the Chinese photographers !

Founder, with Pierre Gassin, of Caféfoto and Photocollection, from 2008 till 2010, in Paris and Arles, he makes a commitment permanently for the promotion of the new talents in photography.
Also, as a artistic agent, he puts his knowledge and his passion of the photography but also his two eyes, in the service of the photographers.